Henry Archibald Hertzberg Lawson is among the best-known Australian poets and fiction writers of the colonial period.
Menu
Menu 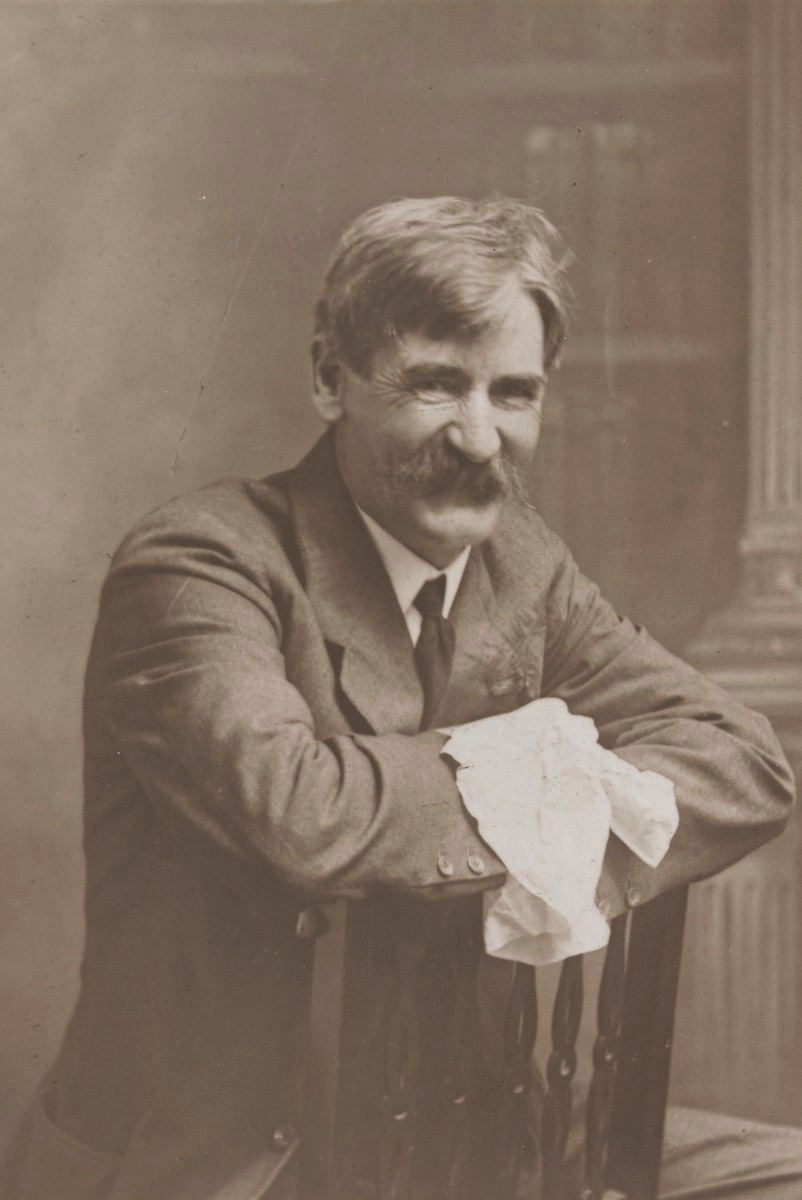 Who is Henry Lawson?

Henry Lawson was born on the goldfields at Grenfell NSW, on 17th June 1867 and died on 2 September 1922 at Abbotsford (Sydney). His father, Niels Hertzberg Larsen, was a Norwegian sailor who had a property at Pipeclay, near Mudgee, NSW. Larsen arrived in Melbourne in 1855 to join the gold rush. He and Louisa were married in 1866 and Henry (the surname changed to Lawson when the parents registered the birth) was the eldest of their five children.

Henry spent his early years at the property at Pipeclay. His father was often away, trying to earn enough money for the family as a carpenter. Henry had only three years of schooling at Pipeclay State School and the Catholic school at Mudgee. In 1876, after a stint of illness, Lawson suffered partial hearing loss, which gradually deteriorated and by the age of 14, he had incurable hearing loss. Henry left school at age 14 to take up an apprenticeship as a coach painter with Hudson Bros Ltd.

Frustrated and depressed by his deafness, Henry went to the Eye and Ear hospital in Melbourne in 1887, but a cure could not be found for his deafness.

Henry’s parents separated and in 1883, he moved to Sydney, to live with his mother, brother Peter and sister Gertrude, where the Bulletin published his first stories and verses.

Henry’s first published prose was in The Republican in 1887. His first published poem was A Song of The Republic which appeared in the Bulletin the same year. By 1890 Lawson had cemented a reputation as a writer of verse with poems such as Faces in the Street, Andy’s Gone with Cattle and The Watch on the Kerb.

His mother Louisa published the magazine Dawn, as well as Henry’s first book Short Stories in Prose & Verse in 1894 when Henry was 27 years old.

Henry did various work to make a living including painting houses in Albany WA and Bourke NSW. He also worked on magazines The Boomerang (Brisbane, 1891), The Worker (Sydney) as well as submitting items to the Bulletin.

By 1892, a number of Lawson’s short stories had been published, including The Drover’s Wife and his talent as a writer was clearly evident. However Lawson was increasingly spending more time in bars and pubs around Sydney, until JF Archibald (editor of the Bulletin), suggested Lawson take a trip inland (all expenses paid by the Bulletin). In 1892, with £5 in his pocket and a rail ticket, Lawson set out for Bourke in western NSW.

Western NSW was a harsh environment and the memories and experiences that Lawson had during his time in Bourke resulted in some of his best stories, The Bush Undertaker, The Union Buries its Dead. In 1896, Lawson’s first major short story collection While the Billy Boils, was published.

Lawson returned to Sydney and within six months had gone to New Zealand where he worked as a telegraph linesman. He returned to Sydney in July 1894, and after a new job with the Daily Worker was terminated three days later, he turned back to alcohol and a bohemian lifestyle. His Short Stories in Prose and Verse was published in December 1894. 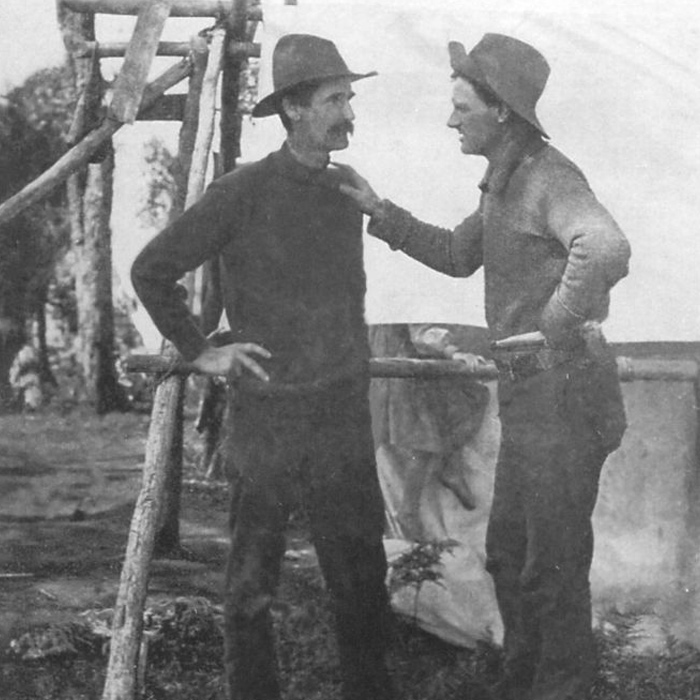 In 1895 Angus & Robertson contracted Lawson to publish two books and in that same year he met Bertha Marie Louise Bredt (1876-1957). They married on 15 April 1896, the year that Angus and Robertson published In the Days when the World was Wide and Other Verses and While the Billy Boils.

Following an abortive trip to Western Australia in search of gold, the Lawsons returned to Sydney where in the company of his Dawn and Dusk Club friends (Fred Broomfield, Victor Daley, Bertram Stevens) Lawson drank heavily and so Bertha arranged a move to Mangamaunu in the South Island of New Zealand in 1897, to remove Henry from his friends and lifestyle. The move was not successful and Lawson’s restlessness was only intensified by promising letters from English publishers.

Lawson returned to friends and drinking on his return to Sydney, but he was very keen to get to London. However his heavy drinking meant a stay in a home for inebriates in November 1898. In 1899 Angus & Robertson published On the Track and Over the Sliprails (stories) and Verses Popular and Humorous. In 1900, Lawson set off for England with his wife Bertha and son Joseph and infant daughter Bertha.

Once in London, Lawson retained the services of J.B. Pinker, one of the best literary agents in the UK. The four Joe Wilson stories were written in London and William Blackwood published two new Lawson collections in two years – Joe Wilson and his Mates (1901) and Children of the Bush (1902). But family life was strained and Bertha spent three months in Bethlem Royal Hospital suffering from mental illness. In 1902 the family arrived back in Sydney (Bertha and the children in April and Henry by the end of July).

Lawson’s personal and creative life was in decline. In December 1902 he attempted suicide and in April of the next year, Bertha sought and obtained a decree for judicial separation. Lawson still wrote a great deal but much of his writing was sentimental and melodramatic. Among later books were The Skyline Riders and other Verses (1910); My Army, o my Army! and other songs (1915); and Triangles of Life and other stories (1913).

Lawson was frequently gaoled for failure to pay maintenance for his children, and after 1907, spent several stints in a mental hospital. His landlady Isobel Myers cared for him but his physical condition and alcoholism continued to worsen. He spent time at Mallacoota in Victoria with EJ Brady in 1910 and at Leeton NSW in 1916. The Commonwealth Literary Fund granted him £1 a week pension from May 1920, but he died of a cerebral haemorrhage at Abbotsford on 2 September 1922. Lawson was awarded a State Funeral and is buried in Waverley cemetery in Sydney.

The name ‘Larsen’ was recorded as ‘Lawson’ at the marriage ceremony (because this was the closest English pronunciation to the Norwegian ‘Larsen’) and ‘Lawson’ became the family name thereafter. Peter and Louisa joined the Weddin Mountain gold rush and then selected 16ha of land at Eurunderee.

Between 1867-1877, Louisa had five children (Henry, Charles, Peter and twins Gertrude and Annette). With Peter often away, Louisa took in sewing, worked as a storekeeper and postmistress at Eurunderee. Louisa was deeply religious and in 1883, when Peter obtained the contract for the erection of the main public buildings in Mount Victoria, Louisa and the children moved to Sydney, where she sewed, washed and took in boarders.

Louisa’s poetry had previously been published in the Mudgee Independent and in 1888 she started Dawn, a magazine for women offering household advice, fashion, poetry, a short story and extensive reporting of women’s activities both locally and overseas. The first edition (Vol 1, No. 1) came out in Sydney on 15 May 1888. The magazine was an immediate commercial success and when Peter died in 1888, leaving her money, Louisa enlarged her printing plant. By 1889 Louisa was employing ten women, including female printers.

In May 1889 Louisa launched the campaign for female suffrage and announced the formation of the Dawn Club, where women met regularly to discuss life, work, reform, and to gain experience in public speaking.

In 1894 the first volume of her son Henry’s verse, was published by his mother on the Dawn press.

Louisa assumed total responsibility as business manager, editor, printer and publisher of Dawn. She wrote or edited the entire contents of the journal for the seventeen years of its existence, except for a period of ten months in 1900 when she was incapacitated through injury and her daughter Gertrude managed the magazine.

In July 1905, the final issue of Dawn went to subscribers. During the life of the magazine, Louisa herself wrote over 200 of the journal’s leading articles and what she did not write, she edited. Nothing was ever published which did not meet with her approval.

In impoverished circumstances Louisa Lawson spent her retirement in Marrickville, Sydney, where she continued to take an interest in social progress and wrote occasional articles or poems. She secured a publisher for two volumes of verse and sold a few poems and a number of short stories. She died in Gladesville Hospital in August 1920 and is buried at Rookwood cemetery. 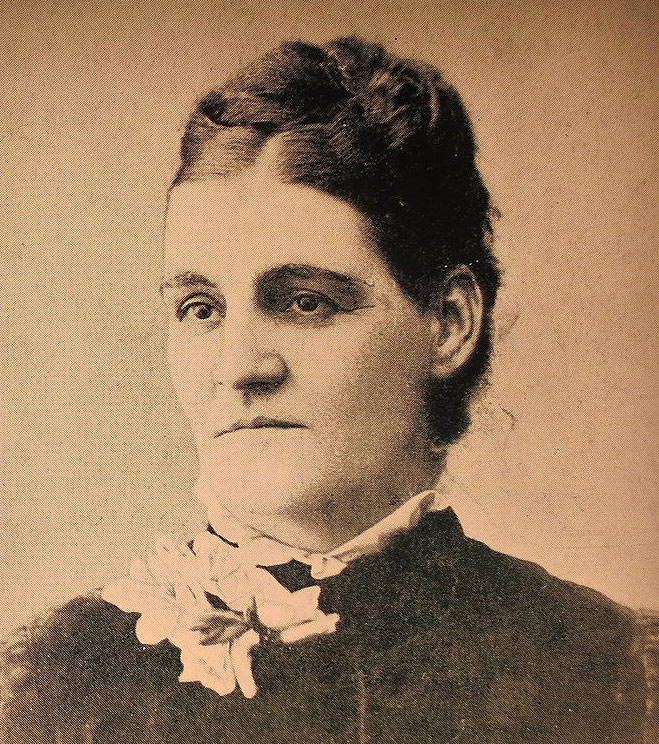 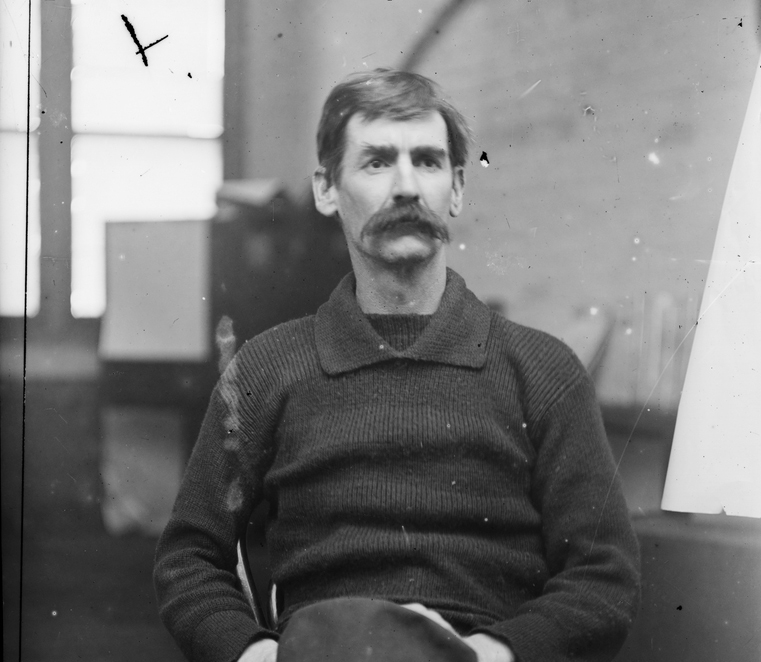 Visit the links below to hear more about Henry Lawson